A timely item came across my desk yesterday from my great friend Jacqui of Maine (my “angel in disguise”) who shared with me the story of a wonderful strong woman named Carole Whelan.  Carole Whelan stood up yesterday at an event to Honor Senator Susan Collins (where she was inducted into the Maine Women’s Hall of Fame) and spoke out to request that such an honor be declined until all of our troops are home.

This was timely for me because yesterday was a day when I experienced a high degree of hopelessness.  A day that signified the anniversary of an event that so many of us tried to stop through letters 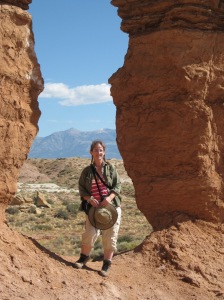 I stand on and around rock, reminded of my small impactful part as a pebble that forms the rock.

and visits to our representatives, protests on the streets, and civil disobedience actions where some of us served jail time or paid fines for our actions.  A day that while the wars continue, from those 8 years ago and long before, and also a day symbolizing new conflicts, adding to the massacres and devastation of our world.  A day when the world was still reeling (and continues to reel) from the horrible devastation in Japan, with so many stories coming out of that event  leaving me awed in so many different ways.  Yet as the people of that nation fight to survive, as world hunger increases, as children around the world are subject to the atrocities created by the rich and greedy, as forests are disappearing…. the wars continue, families continue to be torn apart, the priorities of protecting and preserving life (or lack thereof) are only in the best interest of those that make the most monetary profit, the rate of unemployment and homelessness continues to rise, our civil rights continue to be degraded, the future of life on our planet continues to be held in question as the “leaders” continue to ignore the realities of climate change and also the inherent risks associated with the continuing development of energy using poison for fuel….and so, yes, I had a few moments yesterday of feeling like no matter what I do, my acts do not have any kind of impact in the scheme of things.

And then appeared Carole Whelan’s act of bravery in speaking the truth.  A smile came across my face as I knew then that her dignified act reminded me that I am a pebble amongst all the other pebbles of inspiration in this world, and that all the acts, small and large – from these pebbles united – all of us here and the many other women and men in the world – form the rock that prove to be the foundational inspiration to others who will choose to be pebbles among us. Our continuing fortitude, persistence, unwavering commitment to life on our planet continue to serve as examples to those who will follow…..together we are the conglomerate rock on which our future generations will stand to move forward with the conviction and bravery to take action against the injustices in our world.

Below is the text of Carole Whelan’s short but powerful statement, followed by media footage links. END_OF_DOCUMENT_TOKEN_TO_BE_REPLACED

Posted in democracy, War and Peace

Standing Up for a Livable Future 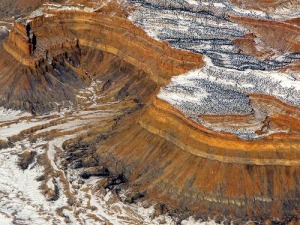 For the past few weeks, I have been learning how to sing.  Once a week, members of the Unitarian Church, social activists, and climate activists have been gathering together to learn the some of the old protest songs that buoyed up the abolition movement, the civil rights movement, and the peace movement.  I won’t lie.  It’s a little awkward to find my voice and raise it up in public.  But as I learn the classic songs of civil dissent, like “We Shall Not Be Moved,” and “Been to Jail for Justice,” I have begun to think that maybe we all need to practice raising our voices a little bit more.  These classics have also made me think about the corrective role of civil disobedience in a free society.

Dissent is a part of democracy and civil disobedience can be a courageous act of dissent.  A person practicing civil disobedience puts his liberty on the line in order to continue living with a free conscience.  Thanks to such courageous acts, slavery is illegal, women have the right to vote, black and white customers share the same lunch counter, and children no longer work in mines or sweatshops.

This Monday, February 28, Tim DeChristopher will face trial in Salt Lake City for objecting to the government’s prioritization of fossil fuel interests over the public’s interest in a livable future in the face of climate change.   On December 19, 2008 as the Bush Administration headed out of office, it offered oil and gas companies the opportunity to purchase leases to drill in scenic and biologically sensitive areas.  Some of the parcels bordered Arches National Park, Dinosaur National Monument, the Needles Overlook and Hatch Point, while others were on sage-grouse habitat or on wilderness-quality land.

Tim intended to join a group of protesters lawfully picketing the auction outside the U.S. Bureau of Land Management office.  On arrival, it took only a few minutes for him to recognize the familiar dynamic plaguing our nation’s relationship to fossil fuels:  the people were outside, while the oil and gas companies were inside.  An economics student at the University of Utah, Tim had recently taken a final exam that asked whether the sale price of the oil and gas leases at the BLM auction would accurately reflect fair market value if the only bidders in the room worked for oil and gas interests.

Tim decided to go inside.

The rest of the story is common knowledge.  Tim became Bidder 70.  He bid up the price of several leases (initially they were selling for only $2.00 an acre).  Halfway through the auction, he began winning leases.  Recognizing that something was awry, the auctioneer called for a break and eventually canceled the auction.  This bought enough time for a federal court to review the sale and issue a temporary restraining order for apparent procedural problems.  Later, when the BLM re-evaluated the appropriateness of selling each parcel, it concluded that only 17 of the 77 parcels were ready to be leased.  The other 60 parcels were either inappropriate for oil and gas development or inadequately evaluated.

Although both the judicial branch and the executive branch seen to have concluded that the December 19, 2008 auction was unlawful, Tim will spend Monday morning facing the possibility of ten years in prison.

Why is the federal government pushing for a criminal conviction in this case?  When a citizen defies an admittedly unlawful government act, what good is served by criminal punishment?  Tim acted on behalf of all of us, pushing the government to protect our public lands and our right to a livable future in the face of climate change.  Even the Department of Defense has recognized that climate change presents a serious threat.  Yet, the fossil fuel industry continues to enjoy subsidies, tax breaks and preferential treatment inside the halls of Congress while “We the People” wait outside.

It’s time for reform.  And it’s time to show support for members of our community with the moral courage to align their conscience and their actions by standing up for our right to a livable future.  That is why I, and many others, will stand in solidarity with Tim on Monday outside the courthouse.  Oh, and by the way, we’ll be singing.

Jamie Pleune, a sixth generation Utahn, lives in Salt Lake City.  She recently completed a 350 mile “Pilgrimage for Hope” through Utah to raise awareness for climate change. You can learn more about the “Bidder 70” trial by visiting http://www.peacefuluprising.org.