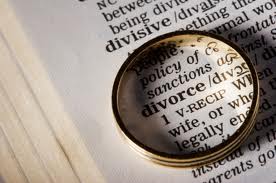 Utah lawmakers are considering a bill that will mandate divorce education courses.

The Utah Legislature will be considering a bill aimed to save marriages.  The mandate will require couples to attend a “divorce education class” before filing for divorce.

The bill will make the course free of charge and available online. The proponents say this will help teach marriage survival skills that might turn some away for divorce…

When presenting the bill, rep. Jim Nielson stated that “governments must recognize and respect the natural family imuch the same way and for exactly the same reason that they must recognize basic human rights.”

(BYU 11 News)
Two questions: What is the “natural” family (and defined by whom) and how is that connected to “basic human rights”?

But some representatives disagreed with making it a requirement.

“Why don’t we change it?” asked rep. Bradley Shaw in the session.  “Instead of making a mandate, why don’t we create an incentive?”

Several lawmakers suggested that it may be better to invest in a marriage preparation course instead. They argued that doing so would more effectively prevent divorce than the courses already offered.

Nice to know there are at least a few legislators who are thinking this through….

This entry was posted in utah legislature. Bookmark the permalink.